Review of Workshops for Adults with Autism Spectrum Conditions 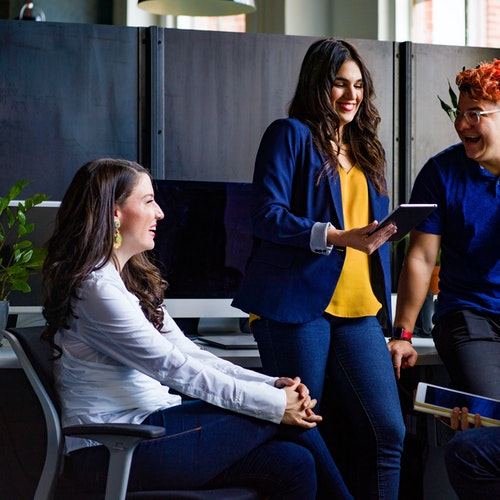 Recently I ran a series of workshops for adults with Autism Spectrum Conditions (ASC). In this post, I review these workshops in order to reflect upon their success and to share my ideas with others.

I always knew that running a series of workshops for adults with ASC would be challenging in terms of preparation and meeting the diverse needs of the participants. Even so, I felt that this would be a worthwhile project.

The five sessions that I ran were as follows:

Having found a venue, I quickly identified eight people who wanted to take part in the workshops.  In order to establish whether the potential participants would benefit from the sessions and to gather essential background information, I spoke to each of them on the telephone before offering them a place. This allowed me to get to know a little about each of them including their current situation and their expectations for the sessions. I was aware that many people with ASC dislike using the telephone, but each of them was willing to speak with me and I hoped that this initial contact made coming to the first session a little easier for them.

I began the first session by drawing participants’ attention to some workshop principles that I had drawn up. These addressed issues including respect for other group members, confidentiality, support available outside of workshops, relationships between group members, and addressing concerns about the workshops. We then went on to identify features and behaviours which are relevant to people with ASC, and participants then considered two of these features in more detail – one which had positive associations, and one which had negative associations. Throughout the workshops, I was keen to look at the positive aspects of ASC as well as any difficulties which may be associated with it. In order to reinforce the point that each person with ASC is unique, participants then worked in pairs to identify at least one difference between them. We ended this session with participants making a note of useful sources of support such as books, groups and websites and I put this information together in a document to be distributed during the next session.

I chose to focus on getting things done at home during the second session partly because I felt that this would be one of the least emotive areas to address. I soon learnt, however, that there is often a strong emotional component involved. It should also be acknowledged that some people with ASC are supremely organised and efficient at home. I included a poignant article from The Guardian as a starting point for this session. It is a letter written by a mother to her son who has Asperger Syndrome, and it describes clearly the way that some people with ASC, whilst being highly competent in some areas, find it very difficult to keep on top of things at home. Having read this, participants shared their strategies for managing at home with the other members of the group. They then followed a series of steps which enabled them to:

This process was based on the work of Valerie Gaus and as well as providing handouts during each session, I indicated which books I had used for preparation and brought relevant books along for people to look at.

Session 3 began with a review of the progress that participants had made with their plan to get things done at home. We then turned to the main focus of the evening which was ‘Succeeding at Work’ and started with listing the positive qualities that people with ASC bring to the workplace. Participants then discussed the issue of disclosure; this can be a difficult issue and some group members shared negative experiences. Participants then discussed sensory issues related to the workplace with a partner and summarised their discussion, sharing it with the rest of the group. As an introduction to this activity, we looked at a quote from a book by Sarah Hendrickx in which an employee with Asperger Syndrome describes his difficulties with having people look over his shoulder, his sensitivities to light, noise and motion. We then went on to look at small talk and communication style. Following this, we discussed bullying at work which is an important issue as those with ASC may be more likely to be targets of bullying. A further activity involved participants reflecting upon aspects of work that people with ASC may find stressful, and ways of managing these stressors. Finally, as a group, we discussed reasonable adjustments which may be put into place in the workplace.

The fourth workshop focused on communication and relationships and I began this by asking participants to reflect upon positive features of their communication style which may be related to ASC. I then suggested that social skills involve the three elements of social intake, processing and social output, and participants reflected upon experiences they had had which related to weaknesses in one or more of these areas. I concluded this task by referring, again, to some of Valerie Gaus’s work. She points out that those with ASC are more likely to experience difficulties in one or more of the three steps involved in social skills and that this can lead to unwanted responses from other people, from being ignored to lacking friendships. We then went on to consider the ability to read other people and began with the question of empathy. By breaking empathy down into four steps, it helps us to see that those with ASC do not necessarily lack feelings of empathy, but that difficulties at different points mean that they may not always show it.

The four steps are:

Our next activity involved sharing tips on conversational skills. I provided some tips and then asked participants to share further ideas. Following this, we discussed issues related to friendships and reviewed some ideas produced by Genevieve Edmonds and Dean Worton about how to maintain friendships. Then we briefly considered issues related to intimate relationships. I ended this session by reminding participants that they need to be aware of their own safety and that of others in social situations, particularly as ASC may lead to social naivety. Whilst I felt that this session was useful in some respects, if I ran it again, I would emphasise more strongly the experience of the participants, and would focus more on the fundamental issues of making friends and meeting partners.

The final workshop session focused on managing emotions. Participants began by comparing differences between the emotional lives of people with ASC and neurotypical individuals. We then discussed the function of emotions and two main areas where problems may arise, namely the ability to monitor and adjust emotional responses, and the ability to understand and interpret the emotions of others, express feelings to them, and use their help. Participants used a five stage model to reflect upon a situation which has involved a strong emotional response. The aim of this was to become more aware of environmental triggers, automatic responses, and helpful coping strategies. We then moved on to consider mutual regulation, and participants shared tips about ways in which they could manage the emotions of other people, express their emotions to others, and ask for help. We looked at a technique which involves inserting a ‘feeling’ word and a ‘need’ word into the sentence ‘I feel _ _ _ _ _ , therefore I need _ _ _ _ _.’ After this, we considered the nature and management of meltdowns, beginning with some ideas from Deborah Lipsky.  We then turned to the topic of depression, an important issue as those with ASC often experience poor social support and chronic stress which may lead to this condition. Participants reflected upon a time when they had felt particularly low and shared ideas with the rest of the group if they felt comfortable to do so. We discussed ways of managing depression including cognitive behavioural therapy, medication, and mindfulness and ended the session with a quote from Nick Dubin:

The sessions as a whole, were characterised by honest, open and sometimes humorous discussions, and it was often commented upon that participants benefitted from sharing experiences. The group members listened carefully and patiently to each other and I would hope that this helped them to feel valued. I ended the series of workshops feeling that, for most participants, it had been a positive experience and knowing that, for me, I had been privileged to take part in this project which had deepened my understanding of ASC.  Several participants kindly completed evaluation forms which will enable me to improve the workshops in the future.

This website uses cookies to improve your experience while you navigate through the website. Out of these cookies, the cookies that are categorized as necessary are stored on your browser as they are essential for the working of basic functionalities of the website. We also use third-party cookies that help us analyze and understand how you use this website. These cookies will be stored in your browser only with your consent. You also have the option to opt-out of these cookies. But opting out of some of these cookies may have an effect on your browsing experience.
Necessary Always Enabled
Necessary cookies are absolutely essential for the website to function properly. This category only includes cookies that ensures basic functionalities and security features of the website. These cookies do not store any personal information.
Non-necessary
Any cookies that may not be particularly necessary for the website to function and is used specifically to collect user personal data via analytics, ads, other embedded contents are termed as non-necessary cookies. It is mandatory to procure user consent prior to running these cookies on your website.
SAVE & ACCEPT