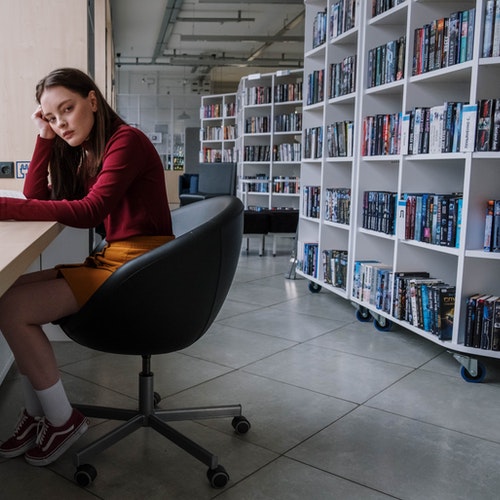 Procrastination can certainly be the thief of time for those with a neurodiverse condition. In this post I discuss the nature and consequences of procrastination as well as strategies for tackling this common problem.

Neurodiverse conditions and procrastination
Individuals with dyslexia often delay beginning tasks which involve literacy skills. Those with Asperger Syndrome and ADHD often find it difficult to engage in activities which do not interest them and those with ADHD often have particular problems with getting tasks started. Those with dyspraxia, Asperger Syndrome and ADHD often have weaknesses in executive function. This is our ability to direct or steer ourselves in order to achieve particular goals.  Executive skills include inhibition, working memory, emotional regulation, planning, and attention.

The consequences of procrastination
Procrastination can be frustrating due to the amount of time that is wasted and because of the practical and psychological consequences of failing to get things done. As well as affecting the individual themselves, it affects those around them who may take the view that the individual is being lazy or uncooperative. It can be difficult to understand why a person who seems intelligent and capable has problems in this area.

Shifting from one activity to another
Procrastination can often take the form of a disinclination to stop doing one task in order to begin another. In order to tackle this, it may be useful to develop an awareness of which activities an individual gravitates towards when delaying other tasks. Once such an awareness has been reached, it may be helpful to avoid particular activities altogether until other tasks have been completed. Alternatively, the time spent on these may be limited by setting external reminders such as alarms. Apps are available which can be used to limit the time spent on social media sites.

Identifying problem areas
One of the first steps in tackling procrastination is to identify which activities an individual tends to put off. Keeping a diary of tasks which were delayed or avoided during a particular week may be useful. For each task, the following questions may be asked:

Exercising choice
Making active choices about which activities are undertaken and the way that they are carried out is likely to enhance motivation. This requires a degree of self-awareness in terms of interests and effective ways of working, for example.

Breaks and rewards
It is important to have planned breaks during activities. How often these need to take place varies from person to person and task to task. It may be useful to monitor the length of time that concentration can be sustained and then plan a break shortly before this point is reached. This is likely to make it easier to return to the task following the break.  Rewards should also be incorporated into plans. This may include smaller rewards along the way such as a snack break when a sub-goal has been achieved and a larger reward such as going out for the day when the longer-term goal has been achieved.

Cues and start-times
It may be useful to do repetitive tasks at the same time each day (such as after a meal) as this can help to cue the start of the activity. Setting alarms on mobile phones can also be helpful. Providing a start-time can also be effective. This is a count-down between the cue and the time that you actually begin an activity.

Support from others
When faced with an unfamiliar task, it can be useful to seek advice from someone who has tackled something similar. Completed assignments or projects may provide helpful models. Drawing upon the support of a coach or mentor is often critical for those with a weakness in executive function and the obligation to let someone else know how a task is going to be tackled and what progress has been made can be a great motivator.

Emotional obstacles
A history of failure or negative comments from others may lead to emotions which contribute to procrastination. An individual may, for example, feel anxious or demoralised when faced with particular tasks. There may also be an opposition to completing tasks which has its roots in childhood. The way that we think about events influences our emotions and behaviour and although our thoughts about events may be accurate and helpful, they may also be inaccurate and unhelpful. Automatic thoughts may be identified by noticing when distressing feelings arise, labelling the feelings, and then identifying the associated thoughts. Examples of negative automatic thoughts include all-or-nothing thinking such as ‘If I don’t get this perfect then I am a failure’ and over-generalisation such as ‘I didn’t complete this task successfully so everything has gone wrong’. Having identified inaccurate and unhelpful thoughts, these may be challenged through an evaluation of the evidence, and they may be replaced with more positive thoughts.

Be compassionate
When facing the challenges associated with procrastination, it helps to adopt a compassionate approach. This involves using kind and warm self-talk of the type that would be used when encouraging a friend. It may also involve the creation of a mental image of a figure who offers compassionate support.

This website uses cookies to improve your experience while you navigate through the website. Out of these cookies, the cookies that are categorized as necessary are stored on your browser as they are essential for the working of basic functionalities of the website. We also use third-party cookies that help us analyze and understand how you use this website. These cookies will be stored in your browser only with your consent. You also have the option to opt-out of these cookies. But opting out of some of these cookies may have an effect on your browsing experience.
Necessary Always Enabled
Necessary cookies are absolutely essential for the website to function properly. This category only includes cookies that ensures basic functionalities and security features of the website. These cookies do not store any personal information.
Non-necessary
Any cookies that may not be particularly necessary for the website to function and is used specifically to collect user personal data via analytics, ads, other embedded contents are termed as non-necessary cookies. It is mandatory to procure user consent prior to running these cookies on your website.
SAVE & ACCEPT